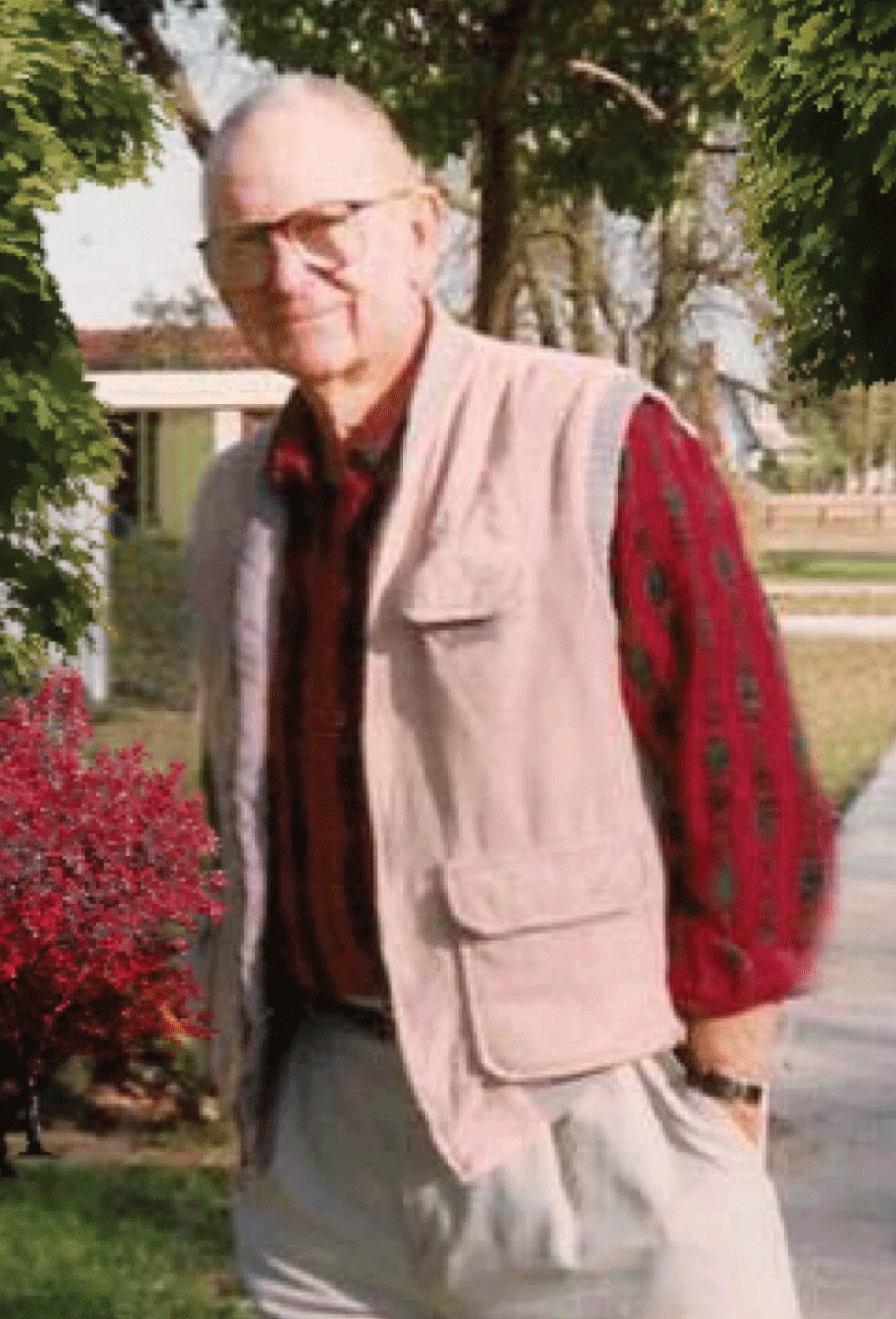 A Life Well Lived: A friend to all Lloyd Bledsoe dies at 96 following short illness

A celebration of life is being planned for Lloyd Woodrow Fountaine Bledsoe, who died Thursday, May 12. He was 96.

A native of Los Angeles, Lloyd was raised in Huntington Beach. He served in the United States Navy during World War II as a hospital corpsman and a chief pharmacist’s mate. In the final months of the war, he was reassigned to the United State Marine Corps.
Educated at Long Beach City College and graduating from the California College of Embalming in 1940, he and wife Patricia moved from Long Beach to Corcoran in 1952 and soon after started business with the Bledsoe Funeral Chapel. Lloyd continued to be active in the business until he was close to 90 years old, helping generations of Corcoran residents take care of final arrangements for their loved ones. His philosophy of helping local families was documented in a Hanford Sentinel feature story in 2007.
He was co-founder of the Corcoran High School swim team in 1961, with help from the Lemoore swim coach. A total of seven swimmers were required to form the first local team. Lloyd was a member of the Corcoran Chamber of Commerce, serving as president of the organization, and he also served on the local school board. He was an associate guardian for the Corcoran chapter of Job’s Daughters.
A talented musician, Lloyd served as guest organist for silent movies at theaters all over the Los Angeles area, as well as at the Fox Theater in Hanford. He was also an artist, with a studio filled with stained glass projects. He was called upon to repair stained glass windows at local churches.
When the local cemetery district was formed in the early 1960s, Lloyd served as a consultant to the new board.
Survivors include his wife of almost 72 years, Patricia Bledsoe, of Corcoran; two daughters, Kathleen Montgomery of Lemoore and Judith Bledsoe of Visalia; and two sons, James Bledsoe of Wilseyville and John Bledsoe of Los Angeles; seven grandchildren; 15 great-grandchildren; and one great-great-grandchild, who is on the way. Lloyd is also survived by Patty, his desert tortoise he found in Palm Desert when he was six; Patty is well over 90 now and still makes her home in the back yard.
The celebration of life will be held in the next few months. The family is also working on development of a swim scholarship in Lloyd’s name. Remembrances for the scholarship may be sent to The Corcoran Community Foundation, c/o Thurman and Thurman, 1220 Jepsen Ave., Corcoran, CA  93212.

Betty Ann Dawes passed away in her home, at the age of 76, surrounded by her loving family on Tuesday April 5, 2022. She was born to Deward and Rena Eagle on September 27, 1945 in Arkansas. She is survived by her sister, Barbara Eagle; her daughter, Shellie (Richard)...

END_OF_DOCUMENT_TOKEN_TO_BE_REPLACED

Luis Vasquez, 68 of Visalia, California, died on Tuesday, April 5, 2022, in Los Angeles, California.  Luis was born to Refugio Vasquez and Della Rogriguez on September 22, 1953 in Corcoran, California. Luis grew up in Corcoran and graduated from Corcoran High...

END_OF_DOCUMENT_TOKEN_TO_BE_REPLACED

Billie Byrne passed away peacefully on Saturday, February 26, 2022 at the age of 86 with her family beside her. Billie was born to Sacramento and Mary Bloyed Bynum on February 24, 1936 in Fayetteville. Arkansas. Her family moved to Corcoran, California in 1940. Billie...