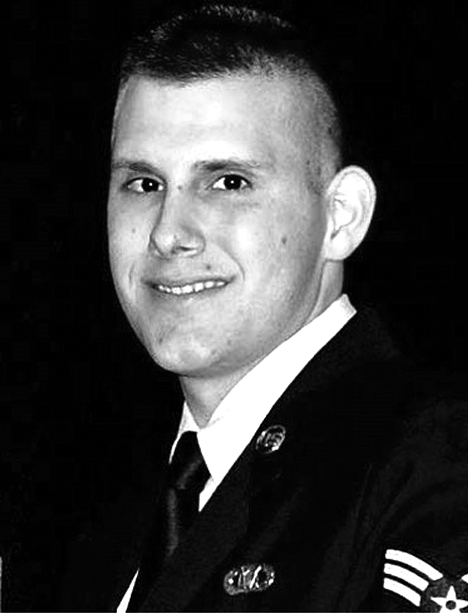 Darin Devin Syra was born on January 22, 1993 in Corcoran, California. Darin resided in Dumfries, Virginia where he passed away March 12 at the age of 25.

Darin was preceded in death by his father, Devin Syra and grandfather, Darrel Syra.
He is survived by his wife, Charlee Syra; special friend, Jessariah Smith; his three children, Deegan, Raiden and Maeve; his mother, Kim Walls; and grandmother, Jill Syra. Darin also has many extended family and friends who will continue to feel his loss.
Darin attended Corcoran High School where he participated in the Future Farmers of America and graduated top of his class. He enlisted in the United States Air Force in 2012 where he quickly advanced to the rank of Staff Sergeant currently serving at the Pentagon.
Graveside services were held at Corcoran District Cemetery Saturday, March 24 at 10 a.m. Officiating was Chuck Dawes.
Following services, a Celebration of Life was held at the Corcoran First United Methodist Church, which is located at 1101 Letts Avenue.
Thank you to all those who have helped in many ways for Darin’s final rest. A special thanks to the United States Air Force Operations Group for all the love and support extended to the family.

On Sunday, June 5, 2022, the Saenz family caped crusader David Saenz flew to heaven to join his mother Mirta where together they will be watching over their family and friends.David will forever be remembered for his generosity, bright smile and funny sense of humor....

END_OF_DOCUMENT_TOKEN_TO_BE_REPLACED

A memorial with friends and family will be held at a later date for Cynthia Cheryl Hunsucker, (Cindy) 64, who died June 11 in Bakersfield.Cindy is survived by her husband, Harold Hunsucker, of 49 years; three children, Staci Hunsucker, Jeremiah Hunsucker (Kristi),...

END_OF_DOCUMENT_TOKEN_TO_BE_REPLACED

Graveside services were held Thursday, July 7 at 9 a.m. at Corcoran Cemetery for Linda Kay McKinzie who died May 26.Kay was born in El Centro. Ca. April 7, 1947 to Jennie Mae Parks and Troy Parks. She was raised in Corcoran and graduated from Corcoran High School in...