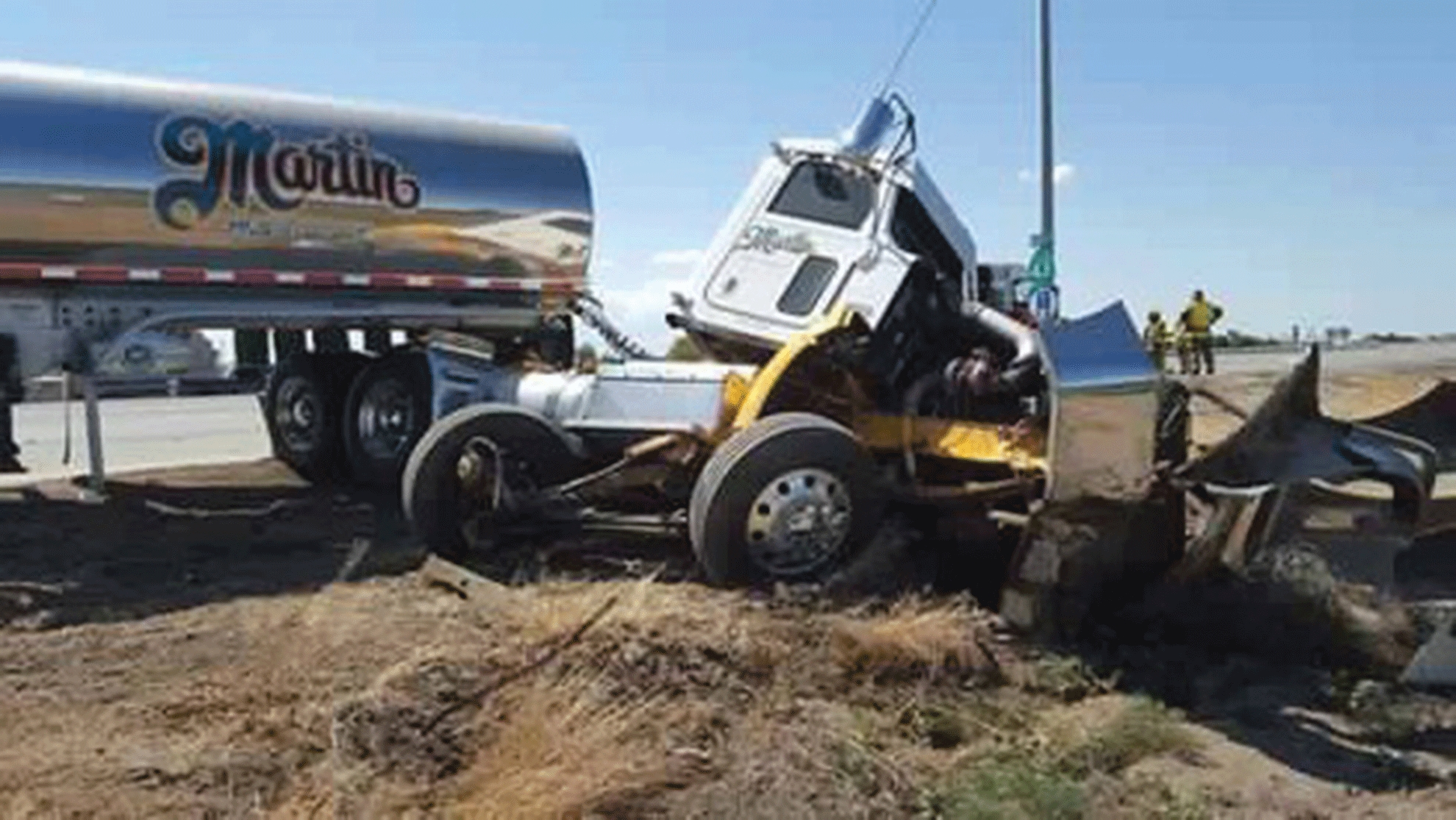 Following a recent fatal crash and another serious crash Sunday, Supervisor Richard Valle and Councilman Ray Lerma are calling upon Cal Trans to address safety issues at the intersection of Whitley Ave. and Highway 43.

Valle said Monday afternoon he had been in contact with John Liu, deputy district director for Cal Trans District 6, to address the issue. The intersection is already on the state list to have a roundabout installed, but no time frame has been announced. Valle asked for a temporary four-way stop until a final resolution can be reached. Valle said Liu was in favor of that proposal.
Liu has been invited to attend a town hall meeting in Corcoran Monday at 5 p.m. The community is welcome to come to ask questions and share concerns. The session will be held in the city council chambers.
Local residents have been wary of the intersection for years. It has been the site of many accidents, most recently Sunday afternoon when an SUV crossed in front of a truck trailer. According to the California Highway Patrol, there were no injuries.
That accident is still under investigation. It occurred as the semi was heading northbound on State Route 43 and the Mercedes was headed eastbound on Whitley.
Services were held in Fresno earlier this week for a five-year-old Corcoran boy who died as the result of injuries sustained in an accident at the same intersection April 22.
According to the CHP, Adriana Padilla, 35, was driving her 2007 Toyota Corolla westbound on Whitley Ave. at about 9:25 p.m. She stopped at a stop sign at the intersection, but pulled out to cross Highway 43 and was struck by a tractor-trailer.
The driver of the truck, a 48-year-old man from Stockton, attempted to avoid the car, but ran into its right side.
Padilla received minor injuries and her 10-year-old daughter received moderate injuries. Her five-year-old son had major injuries and was taken by helicopter to Community Regional Medical Center (CRMA) in Fresno. Padilla and her daughter were transported by ambulance to the same facility.
The young boy was placed in the intensive care unit and succumbed to his injuries last week.
Earlier Sunday morning, a vehicle headed northbound on Highway 43, near Nevada Ave., apparently drifted into the southbound lane and hit a vehicle traveling on the state route, headed south, head-on.
There were no injuries reported and the investigation into that accident is continuing.

Corcoran Police officers are searching for more information on a shooting which occurred Sunday, March 21 at approximately 5:20 p.m. in the 1200 block of King Avenue.

END_OF_DOCUMENT_TOKEN_TO_BE_REPLACED

An argument led to the murder of a much loved local transient woman. On St. Patrick’s Day in the 1000 block of Norboe Corcoran Police Officers were called to a residence at 5:32 p.m. for a female fall victim.

END_OF_DOCUMENT_TOKEN_TO_BE_REPLACED

The homeless at John Maroot Park are hard to miss. The sight reminds Corcoran residents of the tents set up by homeless in neighboring cities next to their freeways. However, as common as it may be for larger cities Corcoran has seemed to escape the big city homeless issues in the past, until today.